The article appeared in the Seattle P.I.: ( August 21) by D. Parvaz. It was later reprinted nationally, appearing in other U.S. papers such as the Houston Chronicle, Chicago Tribune, Miami Herald, as well as the Post of Canada: 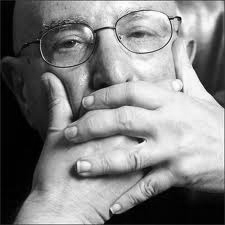 "I don't think there's really such a thing as a bad word. What really upsets me is bad usage," says Lawrence Paros of Juanita, author of "Bawdy Language."

Lawrence Paros considers himself the lone crusader of the cuss word.

But that would be shortsighted and, really, plain wrong.

Ultimately, what the 69-year-old Juanita author of "Bawdy Language -- Everything You Always Wanted To Do but Were Afraid To Say" is railing against isn't decency or good manners.

His extensive, well-researched book details the history of some of our most beloved naughty words -- from the commonly used four- lettered ones and beyond.

It is, quite possibly, the most accessible, colorful etymology book currently in publication. And chances are, most people will never hear about it, because, really, how do you review a book as bawdy as Paros' without using the words themselves?

As far as Paros is concerned, we should just go ahead and use the words -- not just cuss words, but words describing sex and sexuality. His basic philosophy is simple:

"I've never met a word I didn't like. I love words, I love language. I don't think there's really such a thing as a bad word. What really upsets me is bad usage. Not bad grammatical usage, but when language is not used to really convey information or tell the truth or to touch on our humanity, but when language is used to dehumanize, or to obfuscate or to cloud our minds," says Paros.

"That, to me, is bad language, and that's what's truly obscene."

His whole life, you could say, has been in a love affair with words; his sole mission to educate others on proper use.

Paros has written a couple of books on cliches, "basically, proceeding on the assumption that we are what we speak. And if you really want to understand the national character, understand the cliches."

" He also co-wrote a book on the flash-fad of pogs with his now 17-year-old son, to whom Paros considers himself a "constant source of embarrassment."

Says Paros, "I've always had a thing in my heart about diversity, about outsiders in terms of language, about embracing cliches and the next step, I guess, was embracing four-letter words and their synonyms."

This man, with his bald head, tidy appearance, bold speech, two cats and well-ordered home, would perhaps be the last person you would imagine encouraging you to judiciously say f--- once in a while.

As an educator, he taught kids at alternative schools in Rhode Island in the '70s; he even opened one himself, at a deserted bowling alley. Paros also has had careers in radio (here at KUOW 94.9) and newspapers (as an editorial-page columnist for the Post-Intelligencer) in the mid- to late '80s.

Boredom, status quo and apathy, it seems, are what Paros finds the most offensive. Better put hypocrisy at the top of that list.

"To me, the challenge was to create a book that was not gross, exploitive, that was not titillating ... that would not threaten people but would invite them in to take a look at this really, really interesting area," says Paros, adding that we generally talk about our sexuality "as if they operate on a separate realm from our very essence ... there's this incredible shame there."

While Paros says we should discuss the true origin and meaning of the more colorful words in our language, we have a solid history pussyfooting around certain words.

Lederer points to terms such as freaking, gadzooks, shoot and P.O.'d as tame substitutes for words we all know and sometimes use in less polite company. He points out that vulgar words serve a purpose and that the word "vulgar" comes from the Latin vulgus, which means "the common people." As in, this is how people speak.

Nonetheless, newspapers and magazines are prone to transforming words to a series of asterisks, dashes or (expletive deleted).

"People use these words, so why can't we talk about them?" says Paros, with a good dose of consternation in his voice.

When George W. Bush called New York Times reporter Adam Clymer "A major-league asshole," papers across the country, including The New York Times, chose not to print the A-word, opting for "a major league (expletive deleted)." (For the record, Bush was not quoted directly in the P-I, instead it was reported that he'd made a "disparaging remark" about Clymer.)

"What's the point of doing that? That's how the man speaks!" says Paros.

In her column on the word flap, Maureen Dowd said that as far as she was concerned, it wasn't the "epithet" that was the issue, it was the preceding adjective, "major-league," that was the issue. Here, Dowd gets political on what she thinks is the frat-boy nature of our president. But that didn't get much press. It was all about the A-word and how most media outlets chose not to repeat it.

Lederer, who also hosts "A Way With Words" on San Diego Public Radio, says that Paros examines why these words are interesting both from historical and human perspectives.

Lederer lists "sex, elimination, religion and the maternal parent" as off-limits terms in the language (the maternal parent referring to saying anything disparaging about anyone's mother). He says there's something great about letting loose with a profanity now and again.

"You're out on the golf course and you shank a drive and you shout, 'F---!' It satisfies something deep within us," says the man alternately known as Attila the Pun and Conan the Grammarian.

"We just don't want to lose these terms, they're part of our humanity."

How best to save these words and -- more important -- their sense of history? Paros tries to appeal to our curiosity, and, perhaps, sense of entitlement through his Bawdy Manifesto. He leaves us with the last two paragraphs of the document:

Respect for language is respect for our humanity. Honor our words as we would honor ourselves. Deny none a hearing,

"That language of and by and for the people shall not perish from this earth. ... f--- yes!"