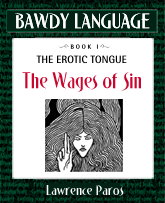 A relationship is a fine place to sleep
But you wouldn't want to live there.

— Elie (Kevin Pollak) The Opposite
Sex and How to Live with Them, 1993 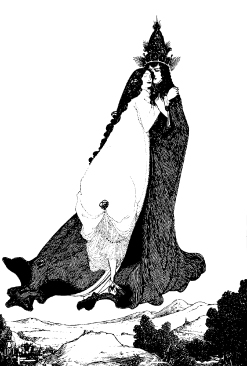 ex cannot continue in this wild and abandoned manner. Invariably it settles down into a relationship, occasionally stormy, but hopefully meaningful. The word meaningful lends the requisite legitimacy to all matters sexual. It makes even the one-night stand (mid 20thC, a brief encounter, 19thC, an erection, i.e., one that is very brief) relevant as a meaningful quickie (c. 1980s).

A meaningful quickie may appear to be a contradiction in terms but as the product of fast-food technology and the sexual revolution, it must be considered relevant. All the best things in life are relevant. Relevant adds yet another dimension to meaningful. You can't do much better than a relationship that is both relevant and meaningful.

It was once considered relevant to live together without benefit of clergy (19thC, a term which originally described denial of the last rites to one who had committed suicide), though it was less so when you were shacking up (c. 1940s). We no longer do that kind of thing. Today, we enter into a primary relationship with a significant other (both c. 1980s).

Strangers in the Night

For one so significant, however, the other remains somewhat vague and nondescript. We know him/her only as partner, friend, roommate, live-in, lover, or cohabitor. But politics (in this case the U.S. Census Bureau) makes the strangest bedfellow of all-the posslq, "the person of the opposite sex sharing living quarters." Paeans of praise have already been sung on his/her behalf:

There's nothing that I wouldn't do If you would be my posslq. You live with me and I live with you Please, dear, be my posslq.
— Charles Osgood, CBS Radio, 1982

You've Got to Be Kidding

Sex with each other leaves nothing-save children-to be desired. The man and woman involved look babies in one another's eyes (17thC, "seeing cupids therein"), but they prefer not to think of it as the work of increase (18th-19thC). The divine work of fatherhood (Walt Whitman) is totally inconceivable to them. Rather than making faces (mid 18th-early 19thC) or making feet for children's shoes (late 18th-mid 19thC), he's getting cold feet and making steps.