A sexual reference book like no other
Everything you always wanted to do but were afraid to say
The Book
Samplers
Reviews
The Author
Buy the Book
Mini-eBooks
Free eBooks
Buy "One of a Kind" mini-eBook for only $1.99 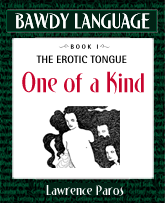 Q. Was your first sexual experience heterosexual or homosexual?

A. I was too polite to ask. 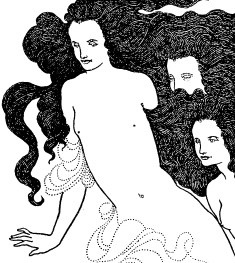 One of a Kind

n 1869 a Hungarian physician, Karoly Maria Benkert, coined the word homosexual.1 It was a curious (dare we say "queer) blend of Greek (homos) and Latin (sexus), meaning "same sex." Lots of people were confused, thinking it meant "lover of men." Others were downright uncomfortable with the merger. Havelock Ellis was furious, calling it "a barbarously hybrid word." There have since been numerous attempts either to make the word philologically pure or to find substitutes for it

Scholars approached it from both sides, first creating the homogenic, the homoerotic, and the homophile; later, the simulsexual and the isosexual. Some made their feelings even clearer with the controsexual, or by cutting him down to size as a homo (also homie, c. 1925).

As the word became increasingly identified with men, it inspired the feminosexual, which created a new problem. If men were homosexuals and women feminosexuals, what were they collectively? From this dilemma there briefly emerged the intersexual.

Our most current entry is the proposed herosexual, who sounds as if he came out of a telephone booth rather than the closet. America, however, is not quite ready for that one.

Is it any wonder that we finally returned to the homosexual, the worst of all possible words — save all others.

Out of This World

It's not as if there weren't plenty of other options. Urnings may sound like something out of Dr. Seuss, but they really were the creation of Dr. Karl Heinrich Ulrichs (1825-1895), a nineteenth-century scientist. He was one of the first to try to explain and clas- sify such behavior, calling it uranism, a condition he described as the female soul residing in a male body. Urnings and uranism came from the numerous references to Uranus in Plato's Symposium, which idealized homosexual activity. Like Plato, the good Doctor always wrote on the topic with both sympathy and understanding.

Urnings, however, never caught on among Ulrichs's colleagues or within the lay community. And we are now the sadder for it, having lost a colorful and expressive term. Contemporary media would have simply adored it — what with some guy "urning a living" and two men "urning for each other." With several successful trips already to the moon, it would almost seem natural to also anticipate a trip to Uranus.